Alhaji Abdul Rahman Jalloh aka Bizzy Man is a man of virtue and like Alfred Fornah of IOM used to tag him, he’s an unblemished character. He was our President for the Mass Communication Students’ Association, FBC. This was between 2012/2013. We graduated with excellent degrees in 2015 and one afternoon, he called me to talk about his plan of establishing the Daily Quranic Verse and Hadith Foundation (DAQVAH). He asked me to be the foundation’s founding Communications’ Manager. I did. We kicked the ball rolling. I was the Public Relations Person when ARJ was President and so it’s not surprising that he’d want me to be his Comms Manager. During our election, we won all positions. ARJ was victorious over Ibrahim Kamara (IBK) who now head’s Media and Marketing at SLFA. Patricia Conteh of NaCEED won against Mabel Whenzle Mason of Orange Mobile. Joseph Judge Sankoh who’s now pursuing another Degree (Law) was able to get the Secretary Generalship over Ronald Sesay of IPRO, SLFA and maybe BBCMA? Oh Social Media . Note: It was tough for Judge to get this. He had to beat James Samba of MoPED (in-house) before he headed for the actual battle… 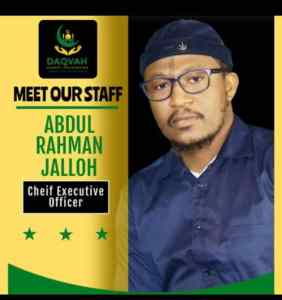 Alhaji Sheku Bellay (getting Law) was Organizing Secretary over Darlington Daniel Sesay formally of NCRA, who now resides in the US. Ndeamoh Mansaray, then with UN Women won over Finda Judith Nguajah Amara now with the Strategic Communications Unit – MIC, for the Position of Financial Secretary. Pious Kamara and myself battled for the position of PRO. The rest is history. Mass Communication Students at FBC between 2010-2015 may have a tip of those occurrences. Let me forge ahead (Binneh Kamara, PhD).

Our team did its best and students past and present were on record to have praised and appreciated the ARJ led Executive. But hey, this not why I have written this article. I trust that all of the guys are safe. I’m actually shining a light on ARJ and DAQVAH.

The charity foundation now has thousands of subscribers. The executive is doing so much to get things done. What happens is that each month, subscribers and or members will contribute a minimum of Le 10 (mostly for students and non-workers. Others go in for 15/20/50/100/200/250/500 and above. These funds are always used to take care of vulnerable people. From orphans, to single parents (especially mothers), to people of old age. It is hard to quantify how much DAQVAH is doing. The foundation never stops working. The team is doing an amazing job.

Aside the monthly contributions, we also intermittently show up during emergency situations to address certain needs etc. Again, for each Ramadan every year, the foundation will reach out to people all over Sierra Leone. From the farer of villages to other dilapidated centres. Surely, it was not a mistake to have said that the foundation is reaching people in need, which is actually our motto.

I could recall when I was Lecturer and Director of Marketing at the then Canadian University (now Central University in Mile 91), ARJ and team put together a special Ramadan Package for the Muslim Jamaat of the campus. I received those items myself and handed over to the appropriate students. That is how much the foundation has done and is still doing. Others parts of the country also benefit from such gestures. There’s also a feed the needy project which normally caters for street hustlers and the like…

Sierra Leone has people that still find it hard to make ends meet. Charity will go a long way and that is why people like ARJ should be supported. There’s virtue in giving. We may not have it all, but chances are, there are people that are in far more worse and troubling situations. Helping such persons should be cool. Remember, some way, some how, we all may need help at some point in life.

It is not late, you can still be a part of DAQVAH by reaching out. We are more than glad to welcome new members. Myself (as one of the founding members) and my three boys are in already and I want to believe that we have a good standing as it stands in so far as DAQVAH operations are concerned.

This globe is temporal. Help people where you could. It pays. Keep winning and keep going, ARJ and team! God bless y’all, Aameen. 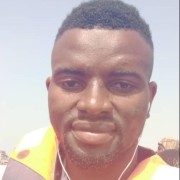 Sheku Putka Kamara is a Journalist and a Media and Communications' Lecturer and Consultant. He was a Lecturer and Principal Lecturer at the Limkokwing University of Creative Technology in Freetown and also a former Lecturer and Director of Marketing at the then Canadian University, now Central University in Mile 91, Tonkolili District. Sheku has attained the lowest to the highest positions in all forms of media. He brides himself in upholding essential institutional standards and he has also always showcased the need to help people and situations as and when reasonably called for. 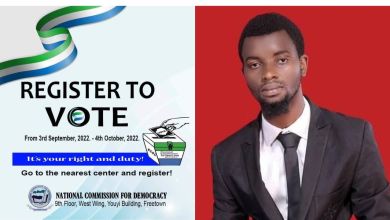