The Chairman of East End Lions FC Ambassador Anthony Navo Jr. has today visited the Cub’s training ground for the very first time since the ban on all sporting activities has been lifted in the country.

He further urged the Technical Department and the Players to do all they could to retain the league title, and for the opening match against Bo Rangers the executive will provide five (5) buses for supporters who may want to make the trip to Bo City.

In his response East End Lions FC Skipper, Yeami Dunia said in football they do not promise, but however they will put on remarkable performance for the club to emerge as champions, more also when they want to represent East End Lions FC and Sierra Leone at the CAF Champions League

The Chairman gave the sum of Five thousands dollars ($5,000) to the team as sign of motivation and his Executive promised the team Three hundred Million Leones if the team win the 2021 premier league. 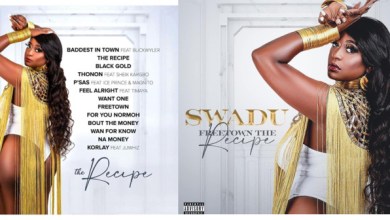