At age 8, James Momodu Dao Samba started his creativity journey. James was a bright student in school who was so very much interested in technology and using any means through technology to be happy, James started building and repairing stuff for fun like, mini fans, motor-powered toy cars and many more; and since then, creativity has to be the thing he finds joy in doing.

Now 19 years old, James is a student, self-taught Engineer and chief Innovation Officer, and founder of Wanjama Innovative-s.  Born and raised in Pujehun Town, in the southern provinces of Sierra leone, James attended Holy Family Primary School in Pujehun and later moved to Christ the King College (CKC) Bo where he did his secondary education.  James is currently studying International Relations at Milton Magai Technical University (MMTU) in his second year.

James is presently working on his revolutionary electric car that can operate without fuel/solar and needs not be recharged. It has a self-powered generating system that powers its operation. It is also incorporated with the functions of providing energy that could power an entire house without fuel, solar, or battery.

James is embarking on this project to ease the system of transportation and the issue of high costs of fuel. Many people in Freetown (mostly, none vehicle owners) constantly have their struggles in commercial transportation worse due to the everyday transport fare increment which is noticeably caused by the high cost of fuel in the nation; and many of these people are low-income earners. 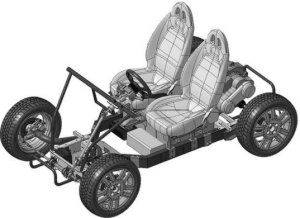 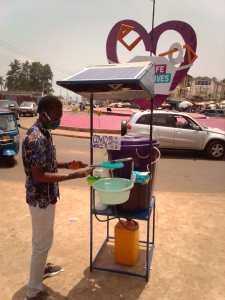 ‘’The issue of funding has been the key challenge I’ve been facing lately. Getting materials to work with on a particular project is hard and many are to be purchased locally and sometimes ordered. 90% of all my innovative solutions are self-funded; I have to squeeze from my school allowance and sometimes even beg from friends and other relatives to assist me with some cash to buy the materials needed. ‘’Despite these challenges, James is hoping that his innovative ideas will make difference in the lives of people, he sees himself solving modern-day problems through his technology. This to James is his greatest achievement ‘’ My greatest achievement in the line of my work, innovation, has been, creating solutions to problems affecting people (or more precisely, me being a problem-solver). With extreme gratitude to the UNDP Accelerator Lab, I have been able to learn more on my pace of becoming a real-time problem-solver through their funded training program on Innovation and Entrepreneurship at the Limkokwing University. He noted. 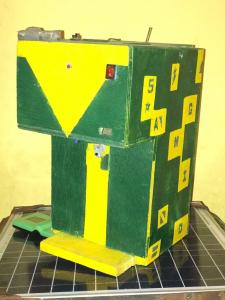 My message to young people aspiring to become innovators is, they are to follow their passion and love what they are doing; let them be original and become the best version of themselves.

The First Multi Produce Dryer Made By FINIC Ghana Undergoes Installation In The Eastern Region Of Ghana.