“Not growing up in Sierra Leone nor attended school there motivated me to assist those in need and drop any knowledge I have to help my country” Daniel Konteh III, 28-year-old

Daniel Konteh was blessed with the opportunity to learn about sports and business in the USA where basketball is a big-time sport. He still faced challenges though he was in the United States. Some of those challenges were coming from a poor background, trying to become the first to go to college, and just overall not having the upper hand and having to make many sacrifices. Despite all the opportunities he had growing up in the United States Of America where he had some opportunities, Daniel never forgot the root of his parents, and anytime he watches or read news about where he came from, He becomes saddened by the fact that most of the news that comes up is about war, Ebola, poverty, and much more negative news. Realizing these odds, Daniel wanted to make a change positively. At a very tender age, he fell in love with playing Basketball and later realized he could use it to change the narrative on how our stories are been told.  Born in the United States of America, on October 4th, 1992, Daniel Konteh is a 28-year-old Sierra Leonean-American, founder of The Soup Foundation, and the first Sierra Leonean BasketBall Agent. Growing up in the United States of America, Daniel was fondly called  Soup which gave birth to his foundation named The Soup Foundation which he founded to support vulnerable children and girls by provided educational support for them.

Daniel Konteh attended Centenary University in New Jersey in the United States of America. There he studied business but focused on sports management. This was where his dream began to help recognize the game of basketball in his country.

Growing up in a big family, His mother did not further her education, and his parents being immigrants was tough. Things weren’t easy and he quickly adapted to having an understanding mind and appreciating everything around him. Daniel’s parents wanted the best for them so his parents pushed them to focus on school and how being in the states would give them the life they never had. He remembered all the advice his mother and father used to give him. “Don’t be a follower, instead be a leader” this served as his greatest motivation. Growing up not with the upper hand and having a large family was tough. They had to manage and be very understanding. 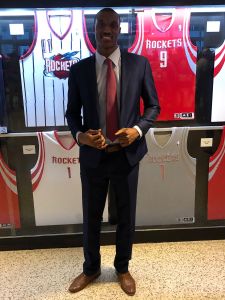 Daniel Konteh played basketball until high school and finally realized that he wanted to be on the business side of basketball.  He had always love business. As a kid, he always dreams of becoming an NBA sports agent after becoming a basketball player. His goal then becomes to promote the game in Sierra Leone. “I know a lot of kids watch it and play it but we just don’t have the right resources. I taught my little brother how to play basketball which he now plays in various countries. “ Daniel Told us at Salone Messenger during an interview.

Like many young people, Daniel’s mother and love for his country served as his greatest inspiration throughout his journey, his mother helped her realized and pushed for him to realize his greatest potentials

“My mother has got to be my greatest inspiration. Even if she didn’t understand what I wanted to do she will ask questions and push me to reach that level. After that, I would say my love for Sierra Leone. I think if a lot of Sierra Leoneans would give their knowledge back to the country we can gain so much.” He told Salone Messenger.

“I didn’t think I would be the first Sierra Leone 🇸🇱 agent. When I think about it sometimes it can be a little scary. I know a lot of people will look up to me and I’m up for the challenge. It has been a dream to give back to my country. Not growing up in Sierra Leone nor attending school there motivated me to assist those in need and drop any knowledge I have to help my country.”

When asked by Salone Messenger about his message to young people, he said, “My advice is to be confident, play with all your efforts, don’t give up on your dreams and to network and connect. Basketball will grow in Sierra Leone. I am open to talking to anyone about the agent life or seeing how I can assist. I can even provide my number and email. I am also always in Sierra Leone 🇸🇱 a lot.”

How a former Sierra Leonean child-soldier became a professional Footballer: the true story of Yayah Kallon

How a former Sierra Leonean child-soldier became a professional Footballer: the true story of Yayah Kallon

Off Mandatory Vaccinations, Medical Ethics and Individual Liberties in Salone 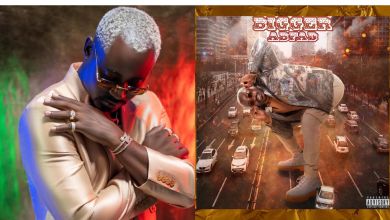 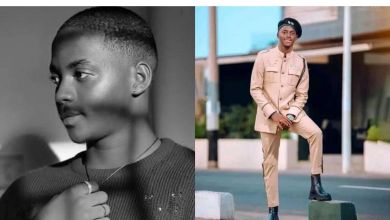