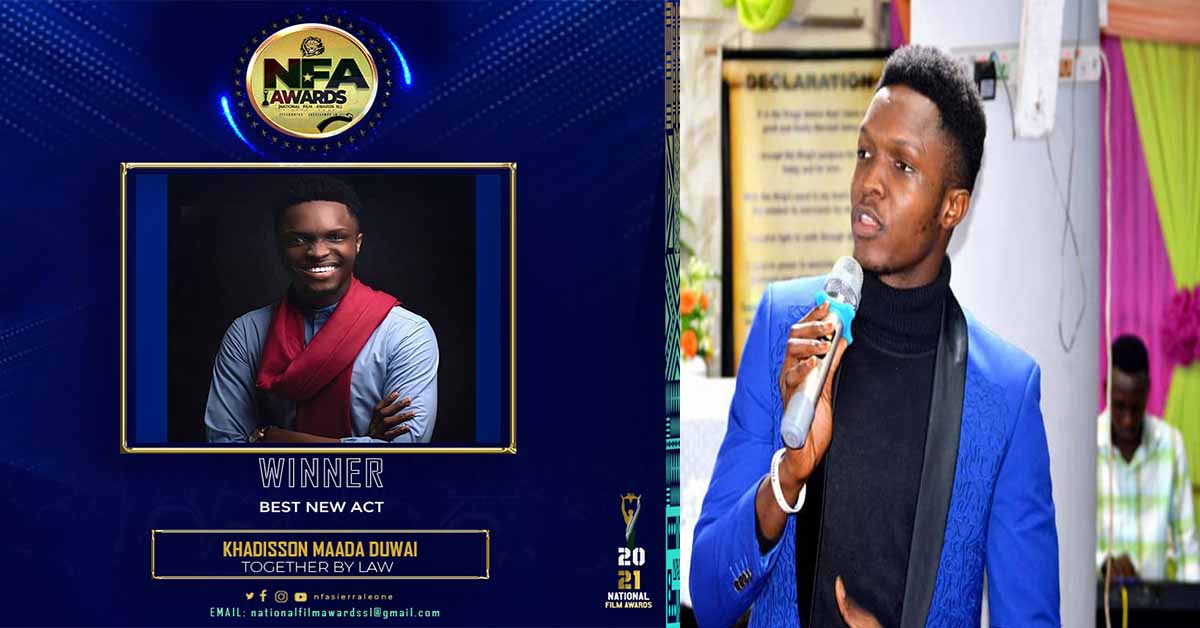 Khadison is a multi talented gospel minister and vocalist, inspiring many with his sensational voice and character.
He is one of Sierra Leone’s finest Vocalists.
Consequently qualifying for MTN Project Fame West Africa Competition (season 7).
A final year LAW student at the Fourah Bay College USL (at the time of this writing | 2019).

He is involved in numerous projects:

As an artist, he has released singles and also collaborated with high profile artists.

The multi-talented visionary has been accustomed to awards from an early age, hence a few mentioned here:

Khadison has performed with top Sierra Leonean artist on national occasions.
Most noteworthy, “The Presidential Inauguration Ceremony” in 2018.
Furthermore, he also played host on national reality TV shows.
The most recent “XMAS Surprise” live on AYV TV,
in 2018 to mark the festive Season.
The show was in partnership with the “SUNDAY Show” and also “Sinewaves Studios”.
Full video content of the TV show XMAS Surprise is also available on Overtone SL ‘s YouTube page.

His desire to make positive impact consequently drove him to another project geared towards inspiring success.
His Gospel Brand (OVERTONE) recently completed its Professional Christian Modelling Portfolio.
A Portfolio which is now featured in an ONLINE Modelling Showcase.
This was initiated by OVERTONE,
certainly to inspire Christian Youths to Pursue Fashion as a talent in the church.

Even more; to support the national campaign to end Sexual Violence against Girls and Women, as a result,
Khadison dedicated his Entire online Modelling Showcase towards the same agenda.

“A man’s talent makes ways for him”.
There’s no limit to how far this young talent can go.