Africa’s most celebrated duo, P-Square performed together in Sierra Leone for the first since their reunion, The festical was brought together by Kabaka Entertainment

At the just concluded ECOFEST, the continent’s biggest entertainment show that happens every year in Sierra Leone, which includes top acts from various African countries, the CEO of Kabaka Multimedia Entertainment, Abu Bakarr Turay popularly known as ‘Kabaka’ made history as P-Square performed together for the first time in years since their reunion some days ago.

At a time when millions of P-Square fans were calling on the duo to reunite, Kabaka, as a listening entertainer and businessman thought it fit to include the duo in this year’s ECOFEST. This left many Sierra Leoneans in awe as they have been longing to see the two perform together after years. Sierra Leone is known to be a country of giving stars a breakthrough. Many years ago, Sierra Leone gave P-Square their first and biggest audience outside Nigeria. The duo, at the time, performed in front of 40,000 people at the country’s national stadium.

ECOFEST is an entertainment show that brings together Africa’s biggest hit-makers from Nigeria, Ghana, Guinea, Sierra Leone, Tanzania, and many more to perform in front of more than 50,000 crowd.

P-Square who just reunited recently have announced that they will be putting together a special 3-hour reunion concert at the Livespot Festival this December. The duo grew to become an household name not just in Nigeria, but in Africa as a whole after they made their mark with their music and trademark dance moves since the early 2000s. Songs like Senorita, Bizzy Body, Get Squared, and more in the early days were bangers and they continued this trend till their split in 2017.

Abu Bakarr Jalloh is a writer, editor, and storyteller. He was born in Bo, Southern Sierra Leone. Started his primary school at the Bo District Educational Council Primary School, Abu Bakarr Jalloh was the top pupil from primary one to three. In 2005, his family relocated to the capital Freetown where he furthered his primary education at the Holy Trinity Primary School, Kissy Road. Abu Bakarr Jalloh became a force to reckon with throughout his primary 4-6 at the Holy Trinity Primary School. In 2008/2009, he enrolled at the Ahmadiyya Muslim Junior Secondary School where he started his JSS 1-3 and he went on to top the list of the best student in the 2011 Basic Education Certificate Examination and also 7th best student in the whole of Port Loko District. In 2011/2012 he attended the Government Municipal Senior Secondary School where he attained his West Africa Senior Secondary School Certificate Examination in 2015. Abu Bakarr Jalloh is now a student of the Njala University, Njala Campus pursuing a degree in Bsc Agricultural Economics. He is a very brilliant writer, editor, and storyteller that is passionate about telling Sierra Leonean stories undiluted using a mobile phone. He is also keen on highlighting national issues affecting Sierra Leoneans. 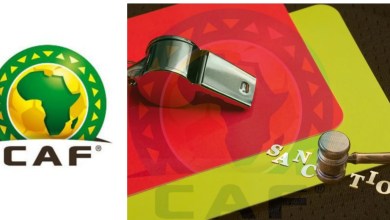