Mohamed Lamin Yahffa is an international businessman and founder of the  Zulumadingo company.

Sierra Leone:  A Sierra Leonean international business man and founder of the  – Zulumadingo company, Mohamed Lamin Yahffa has been honored with the Forty under 40 Africa Award for his exemplary leadership in service delivery across Africa alongside presidents, ministers, CEO and other change makers from across the world. Upon receiving the award, he said ” I am humbled and honored by this recognition coming from the Forty under 40 Africa committee, I am most especially humbled and honored being recognized  alongside ministers, CEOs, and Africans from across the Africa, I dedicate this award to my family and my country Sierra Leone, we will continue to do more” He ended.

Mohamed Lamin Yahffa, founder and CEO of Zulumadingo company a Sierra Leonean company that provides a vast range of products and services. Their services ranges from building materials, furniture, medical equipment, online store, Agriculture and more, talks about his company’s operation, the opportunities and challenges of founding a business, and how his company is  helping to provide jobs for African youth.

Born in Kanikay, the eastern part of Freetown, Mohamed Lamin Yahffa is a Sierra Leonean entrepreneur, Philanthropist, and founder of the ZuluMandingo Company, a Sierra Leonean company that provides a vast range of products and services. Their services ranges from building materials, furniture, medical equipment, online store, Agriculture and more. 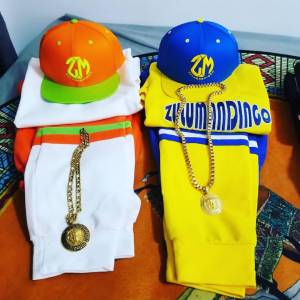 Growing up in the central part of Freetown, around the Ghetto hood.  Mohamed Lamin Yahffa experienced a lot of challenges, the long-decade civil war had a negative impacts on his childhood experience and education, Mohamed lost his father at the age of 3. At a very tender age, Mohamed’s mother took care of him and his sisters. Mohamed use to help his mother during weekends and holidays to hawk in the street of Freetown selling kerosene and foodstuff for him to be able to pay his fees. 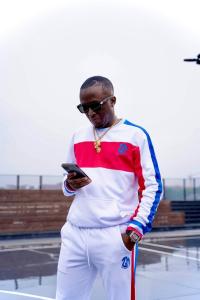 Mohamed attended ST Theresa, John F Kenedy and Boxing memorial Primary schools where he did his primary education. He later moved to Albert Academy School where he did his secondary and senior secondary school education. Mohamed later enrolled at the Licsal Business College where he pursued a degree in Finance and later moved to the IPAM University of Sierra Leone where he completed his Bachelors Degree in Applied accounting. Mohamed is a certified Accounting Technician (CAT) and holder of the Institute of Commercial Management. (ICM). In China, Mohamed holds a Bachelor in Trade and Economics and is currently pursuing his masters in textile, designing and entrepreneurship.

Mohamed worked at the bank after graduation for several years and later decided to start-up his own business by establishing the Global Shipping Agency, a logistics and shipping Agency Company in Sierra Leone. Mohamed later moved from Sierra Leone to China to further his education and business venture.

Arriving in China, Mohamed saw a lot of potentials and opportunities that open his eyes to the entrepreneur he is today. “I saw the things that were impossible back home now possible in China and so I wanted to tap into these opportunities, “Mohamed told us during an interview at Salone Messenger Mohamed then taps into the opportunities, and learn new skills and then puts those skills into practice.

The Forty under 40 Africa Award is to identify, honour and celebrate a cross-section of the continents most influential and accomplished young business leaders under the age forty from a wide range of industries it cover people who are committed to business growth, professional excellence and community service and have risen up the ranks of their companies or industries at a relatively young age as result of this.