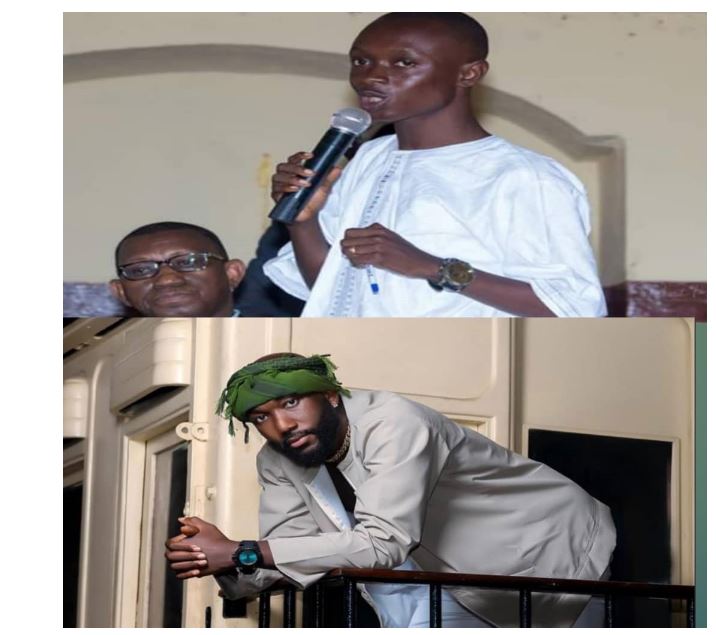 Furthermore, let me also use this opportunity to commend you on the release of your latest album “Kokonat Ed”. It makes sense somehow, though I missed the REAL Emmerson, but I understand your situation.  I pray and hope Sierra Leoneans will support your development stride by purchasing the album rather than pirating it.

However, I have some concerns. In this very work of yours, you called our generation Play Station Generation and also stated that the future of Sierra Leone is not safe in our hands because we are confused.

Sir, as a Youth below the age of 25 years and a future President of the Republic of Sierra Leone, hopefully in 2038, I take great exception to that statement.

Emmerson, can you compare our generation to yours? Let me agree with you for agreement sake that we are the play Station Generation; in that case, it’s only a play Station Generation that will lead a protest, calling on the Government and the Judiciary to end rape and Gender-based violence and also establish a special court for rape to jail members of your generation that are abusing and hindering the future female leaders of Sierra Leone. As I am writing you this letter, someone in your generation is currently facing trial in the special court. How many members of your generation have had the gut to demonstrate against the government and speak on issues that affect their welfare and development? Very Very few.

Emmerson, before releasing that album, did you think of 22 years Eunice Naffie Mustapha, a Sierra Leonean youth who is the CEO of Naffisa Magazine and who is providing job opportunity for young female writers? Very recently, before the release of your album, she launched her book GIRLZ PLANETE, which discusses issues affecting the development of girls and proffer solutions, she was even featured at BBC focus on Africa. Check Amazon and get a copy. You will be shocked to know that she is a member of the Play Station Generation.

Emmerson, you may agree with me that Prostitution is rampant in Sierra Leone because your generation failed us. However, 24 year-old Ishiatu Fofanah established a company called Madam Planner. They plan all type of event and also do ushering services. 30% of their annual profits go towards transforming the lives of vulnerable commercial sex workers by providing grants for them to engage in businesses or scholarships to further their education. See how innovative our play Station Generation is? We are not just waiting for your generation to help us, we are innovating ideas to help ourselves!

Emmerson, on the 28 December 2016, the Former Minister of Gender and Children’s Affairs, Dr. Sylvia Blyden, abused her office by hiring thugs that manhandled children, Members of your generation were scared to question the very Sylvia you once hail in your music. It was yours truly, together with 19 year-old Mohamed Harass Barrie, who questioned her and also fought hard for the children to have justice. Also in 2019, when members of your generation in the police force shot and killed a 14-year old boy during a bye election in Tonko Limba, your generation was silent. It was us, the Play Station generation, who condemn the act and called for proper investigation.

Emmerson, today 12 August, is International Day of Youths. Every international Day of Youths, 23-years Sheku Foyoh mobilizes young people through his organization, Youth and Children Advocacy Panel, to discuss issues that affect their development at the National Youth Summit. He also mobilizes a few exemplary members of your generation to lecture participants on leadership, self-esteem, entrepreneurship, etc. Please, did things like this happen in your generation?

Let’s move to the entertainment industry. Do you know that if you want your show to be colourful and successful, you will need to have a very good producer? It may amaze you to know that last year two of the most successful shows – E to E Education through Entertainment done by Rozey and Thank you done by (Macmuday) was produced by 22-years old Alhaji S. Conteh, who is also the communications manager of Kids Advocacy Network, a member of the Play Station Generation. We have two smart kids (Vickie the Poet, Leonus d Genius) who flew the flag of Sierra Leone at International platform’s last year.

Emerson, do you know that 25-year old Thomas Kenneth (Prezo T K) has established a printing company, Creative Hub, which has provided job opportunities for over 100 young people? And guess what, they have won big bidding contracts in both Government and non Government institutions.

Emmerson, do you know that 34-year old Hassan Koroma is mobilizing supports through his organization, Social workers Sierra Leone, and he is feeding homeless Sierra Leoneans every Sunday.

Emmerson, if I want to name things that young people like Alex Nallo, Kelvin Doe, Fantacee Wiz, Phebean Swill Randall, Precious Amabell Lebby, Melrose Tamuke, Sallu Kamuskay,  etc, are doing, you will know that the future of Sierra Leone is safe in our hands. In fact the future is brighter in our hands. We are determined to transform Sierra Leone and, mark my words, we will ensure that Sierra Leone regains its past glory. All is not lost in Sierra Leone!

Thanks for your attention big brother. I have to leave now as I have to address numerous of young people today on the Role of Young People towards the economic development in Sierra Leone