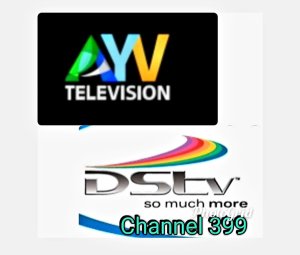 By Amin Kef-Ranger
Sierra Leoneans in and out of the country will indeed be thrilled that in order to showcase how Sierra Leone is rich in terms of its stories and talents, the country’s premier news medium empire, the Africa Young Voices (AYV) and MultiChoice, have launched the AYV TV on DStv Channel 399. It is a multicultural entertainment channel that informs, educates and entertains fellow Africans on MultiChoice’s video entertainment platform.
The AYV TV is the first channel from the West-Africa sub region, after Nigeria and Ghana, to be on board the MultiChoice pan-African satellite TV-platform. This does not only expand the AYV TV’s footprint across Africa, but provides Sierra Leone businesses, products and organizations with a channel to reach an African Market in Sub- Saharan Africa.
In addition, it empowers the young people of Sierra Leone by creating more jobs in the entertainment industry. The AYV TV currently employs over 500 persons, including actors and actresses, musicians, production crews and other personnel, in full and part time roles. This bigger platform drives demand for the production of more contents of higher quality, resulting in a 50% increase in new jobs in the first year.
In welcoming viewers to the new channel, Anthony Navo Jnr., the Sierra Leone Youth Ambassador and CEO of the AYV Media Empire, remarked: “It is an opportunity to empower young voices in Sierra Leone, Africa and the Africa Diaspora. The AYV TV works with young talented people in Sierra Leone, Africa and the Diaspora to build an excellent channel that showcases Sierra Leone to Africa and Africa to the world.”
Natalia Abboud, CEO of Transnational SL/DStv Sierra Leone added: “for over three decades, DStv has entertained Sierra Leoneans in their homes, enriching their lives and inspiring new generations. This partnership with AYV TV is a testimony to the company’s ongoing commitment to Sierra Leone and its people.”
The AYV Media Empire is the market leader in the entertainment industry in Sierra Leone. It promotes Sierra Leonean and African young voices through the power of the media. The contents mix includes, productions from the AYV TV headquarters in Sierra Leone and the globally recognized entertainment hub of Soho Square, London, where the AYV TV has its international studio.
MultiChoice is the leading video entertainment company in Africa. It offers a broad variety of entertainment contents to more than 20m households and across multiple platforms in 50 countries across the sub-Saharan Africa.
The official launch ceremony will take place at the AYV TV headquarters, 3 Wesley Street, Tower Hill, Freetown, Sierra Leone, today, Friday 17th September 2021.
(C) The Calabash Newspaper
Join us on Telegram

Breaking Barriers: How Rugiatu Favour Kanu, Founder Of Slay Farmer SL Is Changing The Face Of Agriculture In Sierra Leone.