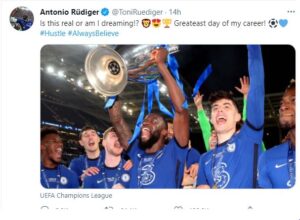 At the age of 15, he made his first appearance in professional football, having honed his skills in street football which allowed him to channel his talent and also focus on what he could achieve in life. His youth coach back then, Dirk Jacob mentioned that Rüdiger’s mentality used to change as soon the whistle was blown for kick-off. According to his youth coach and mentor Dirk Jacob, Rüdiger’s stood out among his peers because of his off the pitch quiet and calm behaviour; on the pitch, he was the opposite of quiet and calm.

After finishing his youth career, Rüdiger joined VfB Stuttgart in 2011. He played for VfB Stuttgart for four years before joining AS Roma in the Italian Serie A on loan for the 2015-2016 Serie A season. He permanently signed for Roma and played the 2016/2017 Seria A season making 26 appearances for AS Roma. In 2017, he joined the English Premier League side, Chelsea, for a fee of around £27 million.

Antonio Rüdiger is a man who loves his Sierra Leonean roots despite being born and raised in Germany. He has made donations worth hundreds of thousands of dollars to Sierra Leone. He distributed 60,000 facemasks for traders in Sierra Leone and also donated $100,000 to the country’s Free Quality Education.

“Sierra Leone is my home. I’m not the talking type of a person, I am about action. You can count on us and do not hesitate. We are here to support your vision and agenda, especially on education. I am ready to take on my responsibility to change the narrative and image of Sierra Leone,” he said. 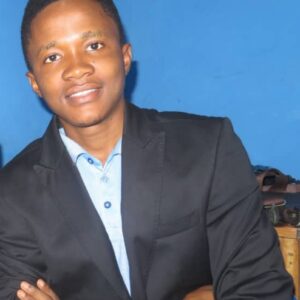 Sean Eazie Is Back, Set To Release His New EP Banger Title “Magburaka Town In June Exclusively On Audiofrica

The First Sierra Leonean Woman To Practise Law In Sierra Leone: The Story Of Frances Claudia