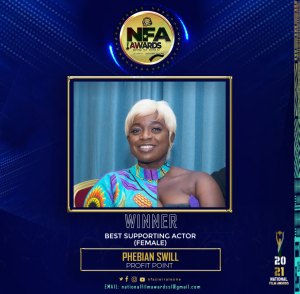 PHEBEAN SWILL – One of The Most Influential Young Sierra Leoneans 2018 awardee launched her career into broadcasting in 2009 as a Disk Jockey, entertaining listeners of community radio stations and night clubs. Two years later, she climbed up a ladder, taking up news reading for distinguished radio stations and serving as Mistress of Ceremony for entertainment galas. By the time she clocked three years behind the mic, the beauty became bigger and better. She was no longer just a DJ, but an MC with a national distinction, a TV presenter known beyond the borders of Sierra Leone and winner of multiple prestigious local and international awards. Phebe Swill is today the indisputable Queen of the mic and camera, a household name in Sierra Leone, a talented and sensational actress, a philanthropist and a role model for young girls. She is hardworking, dedicated and professional. She is worth emulating.