Housemates Salone is Sierra Leone’s Biggest Television Reality Show, . Organized by the African Young Voices, AYV, and Africell Sierra Leone, the popular reality television show  attract huge following across the globe, among other things sought to empower young Sierra Leoneans with a view to market them to the world.

The Big Brother styled reality TV Show keeps contestants in a house, and fan votes decide who gets to stay in a house and who gets to leave after several weeks. The show is 100 percent Sierra Leonean and it portrays the lifestyle and general way of living of the contestants.  In 2019, the first edition of the show was premiered and Kenchine Palmer, an aspiring rapper who took home the sum of SLL 100 million as the winner.

Chrispine Hassan Kai Turay popularly known as Tushh Daddy is a Sierra Leonean TikToker, content creator, model, and brand influencer. He won the Mister Ocean Sierra Leone, 2019 and has been into two big reality TV shows (Island of Secrets and Africa Mega Star in Ghana) from 2020-2021. He’s one of the most followed, creative, and most-watched Sierra Leoneans on TikTok, the world’s leading video-focused social networking platform. 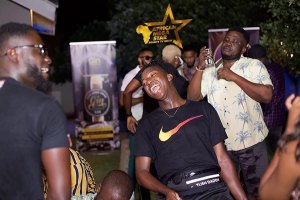 Since opening his TikTok account a year ago, Tushh Daddy has accumulated over two million views on the biggest video platform in the world, TikTok. He’s one of Sierra Leone’s most viewed and the most likeable TikToker with over 200K+ likes on his amazing videos.

On that backdrop, a reality TV show like AYV Housemates Salone, which is organized by Sierra Leone’s leading media house African Young Voices Media Empire, should consider having people like Tushh Daddy in the house who has amassed a huge social media following and presence, and most importantly his trademark brand name “Fatmata ihn man” is one of the most popular trademark brand names on the world’s largest video platform, TikTok. On that note, Reality TV shows like AYV Housemates Salone can likely reach a greater and wider audience if they incorporate a branded content creator like Tushh. TikTok is currently leading the social media video digital market with billions of billions of views every month.

The African Cup of Nations for example capitulated on the benefits of TikTok, which helped the continent’s biggest tournament to accumulate over a billion views on TikTok alone (more than any other AFCON social media platform). This, like many other benefits incurred by brands and companies, is one of the many reasons why AYV Housemates Salone 2022 should consider a Sierra Leonean TikTok brand name to be part of this year’s live show. In the end, it’s AYV that would benefit the most and this would give the show more social media engagement and presence than they ever had.

From prince of diamond to homeless king: the story of “Simon” The Tinder Swindler

On this day in Jamaican History: Cutty Ranks was born in Jamaica 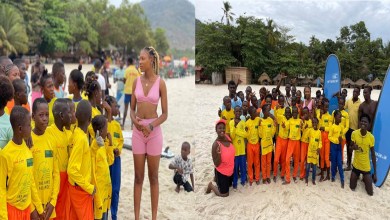