By: Mohamed Mansaray: A Migrant For Sierra Leone

Migrations from one country to an other is great idea as it has created great impact on globalization and culture.

During the civil war in Sierra Leone, many Sierra Leoneans who where lucky enough travel to overseas through a refugee programs to seek refugee.

After the war many made a new home in USA and some other countries in Europe where they find a better life for themselves and their relatives in Africa.

Sadly, after the war majority fight for citizenship rather than coming back home.

Majority of these people do come every holiday season in Africa as Jacee (Strangers) with a change culture and life style, our young people admire then so much.

The good thing about these people is, locally they are heros in their families as they will help majority of family members to be uplifted from poverty, extending hands to support with construction of house, health care, education and food to family members.

For these reasons, we have a belief that anyone without a family representative in overseas is still consider poor despite all the effort they may applied for sustainable living.

The most interesting things that happened, even in national and local politics, someone with an overseas background always has an advantage over someone who is only limited to Africa regardless of how hard working you may be.

This is the genesis of irregular migration.

Libya as a place of conflicts has today become the next crossing point to enter Italy.

The truth is this journey is not friendly and many young people have lost their lives during this journey just because of the love of Europe.

Is it that African don’t trust Africa for their success?

Join me for the next episode.. 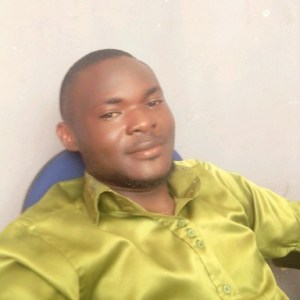 Mohamed Mansaray was born and raised in Sierra Leone, He holds diploma in accounting.  He started his childhood education in Kailahun town and later continue schooling at CPPS Kono at the St. Patrick boys second school koidu. He later further his junior secondary school at the Government Secondary School Bo. Because of his passion for humanity he established a local NGO name Environmental Youth Empowerment Service-SL, (EYES-SL) that engage 15 University students across universities in Sierra Leone to join in the fight against Ebola.

Mohamed Mansaray is the Founder and CEO EYES-SL Ambassador at Global Goodwill Ambassadors Foundation (GGA) State Representative at NCF.  The Environmental Youth Empowerment Services- Sierra Leone (EYES-SL)is a community based, Non-Political and Non-Profit Making that exists to ensure that children, women, and young people live in an equal world free from violence, discrimination, and just world, free from poverty through Empowerment, Sensitization, Advocacy and Research, the organization was established on 15th November 2014 by industrious Sierra Leonean Youth and stakeholders who have the passion to contribute to national development through the formation of the organization, by creating direct impact on the community and the nation at large thus making a positive and desirable change and finding possible solutions that are compatible with the goal of a good society. The approaches gear towards improvement in the areas of Social Protection, Child Protection, Entrepreneurship, Agricultural, health, Education, peace, Good Governance, Climate Change and environmental protection.
ARTBOX is a complex with its buildings as a meeting point, its dance square and its garden. It aims to serve all its members of its community without discrimination. It promotes a sustainable life within an inclusive economy through durable and modern green and solar technology, producing state-of-the-art aquaponics agriculture. ARTBOX benefits are free to all community. It reconciles both ecology and social business through the dissemination of skills from the West to Africa – for sustainable technologies; and poverty and health problem. It operates in a typical rural environment of 3.000 citizens from a hub of 1.000 m2 comprising three activity centers:
• Culture Center for research and development with a technology lab – including library education services for sustainability strategy;
• Entertainment Center providing a designated dance area, plus an exhibition area on photography, experiment area for science and a cinema;
• Production Center: social entrepreneurs after initial training will take action using green and modern Technologies for production with ALL the 3.000 citizens