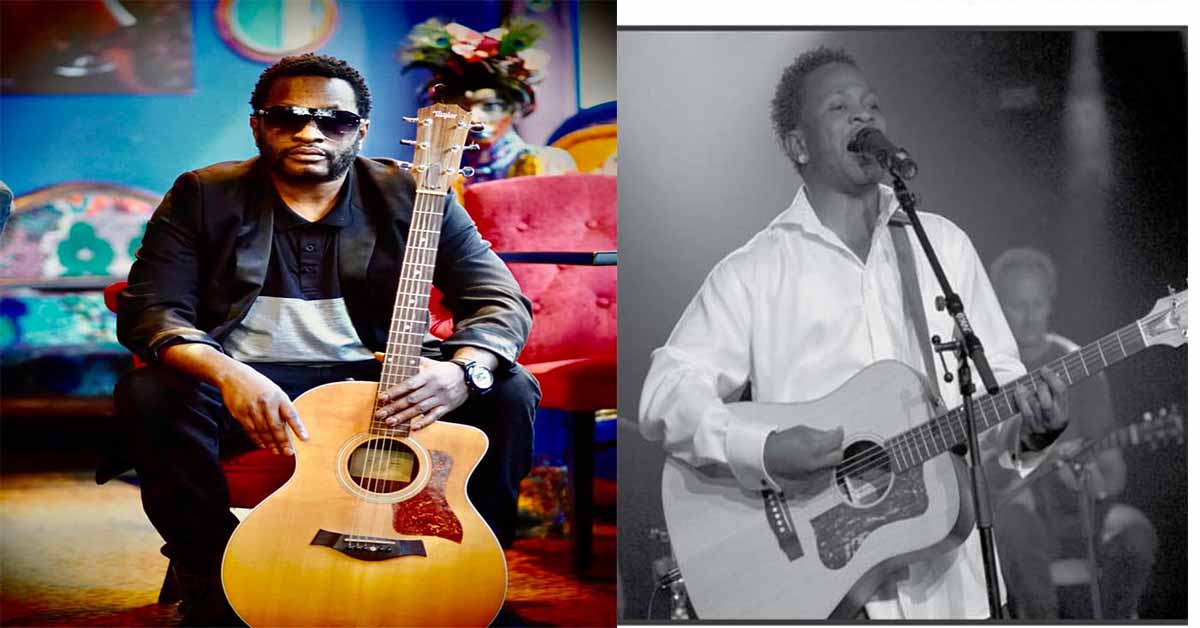 France-based Sierra Leone artiste Mos-B is one of the biggest award winners of Global Music Award Africa maiden edition after hitting the world with the first corona awareness song which hit the BBC French media people like ISHA SESAY former CNN. David Vandy of the Voice Of America, in Africa, among others.

Steph (SKY NEWS ITV NEWS) celebrity interviewer to the stars like Nicolas Cage, Janet Jackson, and The Rolling Stones. Featured Mos-B in one of her shows after winning his award. In late 2000, Mos-B toured Europe filled 02 Arenas, among few of the African Artists to have done so. He performed on top Festivals in Europe, on stages stars like Ziggi Marley, Mory Kante to name a few. With his successful album «Journey Of A Thousand Miles»

Mos-B won the award of outstanding Humanitarian award at the median edition of Global Music Award Africa, which took place in Ghana. He is multi-talented with two awesome albums under his belt.
He is presently working on his 3rd Album, released at the end of this year.

The second edition of Global Music Awards Africa which is set to take place in Nigeria has given a nomination for France-based Sierra Leone artiste and hoping to win the trophy again to continue and project African culture as hoping to perform live.

He attended the Madina Government Secondary School and also Ahmadiyya Muslim Senior Secondary School in Freetown. He later continued his educational career at the Milton Margai College of Education and Technology, where he was studying performing art, and then later traveled abroad to continue his educational career in the Netherlands where he earned a Bachelor in Pop Music in 2007.

He engaged in a series of peace festivals after his song “Sweet Salone” gained wider attention in and out of Sierra Leone. He performed the song in Sierra Leone in front of hundreds of people including the former Late President Alhaji Ahmed Tejan Kabbah. Mos-B has worked with big stars like Jimmy B, King Milan, and other stars home and abroad. As a musician, he has performed in front of 20,000 fans, which was his first performance. How amazing that was for a first-time performer! He has a growing number of fans in and out of Sierra Leone and also thousands of views on YouTube.

He became the first global musician to release an awareness campaign song for the Coronavirus in late January 2020. Currently, he’s working on releasing a date for his online digital show “SING 4 AFRICA” a Virtual Music Festival that will be aired on major TV stations across Africa.

At Salone Messenger, we had an interview with him to tell us and the world his journey. Here’s what he got to say:

Q. Who/What inspired you to do music?

How would you describe the music that you sing and who writes them?

Who would you most like to collaborate within Sierra Leone Music Industry and why?

‘’Markmuday. Because he’s a very good singer like me, and we could easily create magic together. ‘’

Q. What would you be doing right now, if it wasn’t for your music career?

Q. Where have you performed?

‘’Many places!! In short, I’ve performed in Europe, Conakry, Sierra Leone. I was supposed to do a USA tour but Coronavirus destroyed my fine tour. ‘’

Q. Tell us something about your ‘COVID-19’ sensitization song

‘’ I came from Conakry on a tour, before coming, I heard about the COVID-19 thing out there. I started contemplating doing something but it was in China so I thought it will never come to Europe we are safe here. I was wrong, Italy was hit and friends reached out to me on Facebook saying “you did it before with “Sweet Salone” you can give it a shot. It was a confirmation because I contemplated it and friends reaching out was a call I needed to obey. I wrote the song, recorded it, released it, and shared it on Whatsapp because I was scared of releasing it. The song was going round only on WhatsApp. It was the “wow wow” from everyone who heard it made me to officially release it in February in all platforms. But the song was already going after I shared on WhatsApp. So I filmed a small budget video’’ clip in February, reporting the message through music. And on the 13th March, I received an email from the BBC and the rest was history!! Many articles were published, and interviews here and there, etc.’’

What do you have in store for us?

What is your favourite song that you have released?

What one message you would give to your fans?

‘’I love my fans and my future fans. Thank you for the awesome love you showed me on Facebook on WhatsApp and on various platforms.  I love you all and I wish I can have a drink with you all one day, and I wish you could see me perform one day live, in my own country. Sadly, I haven’t had a show on my own. I want them to stay peaceful and creative. ‘’

What message do you have for the Sierra Leone music industry?

‘’Let’s make our own trend, our own type of music, our own culture. Let’s come together, let’s unite, don’t discriminate diaspora artist; you need us, we need you, we are Sierra Leoneans. I am a Sierra Leonean, that is the home I have, nowhere else to go.  “So take me and make me nor break or erase me, mi na you Broda and you na mi sister’’