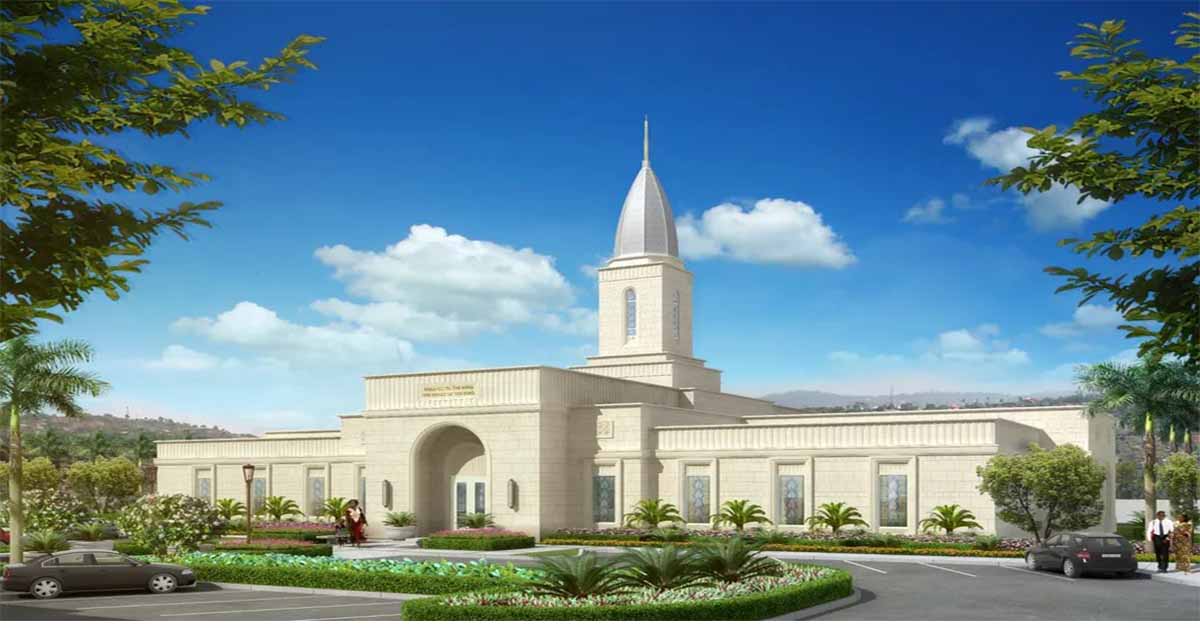 The Church of Jesus Christ of Latter-day Saints

An exterior rendering of the Freetown Sierra Leone Temple in Africa

A groundbreaking date, rendering and site location for Africa’s Freetown Sierra Leone Temple were all released Wednesday by The Church of Jesus Christ of Latter-day Saints.

The groundbreaking ceremony is scheduled for Saturday, March 19, 2022. Elder Hugo E. Martinez, president of the church’s Africa West Area, will preside at the event. Attendance at the site will be by invitation only.

The Freetown Sierra Leone Temple was one of eight temple locations announced by President Russell M. Nelson during the October 2019 general conference.

The Freetown Sierra Leone Temple will be built on a 2.9-acre site located at Jui Road, Kossah Town, Freetown, Sierra Leone. The single-story structure will have approximately 18,000 square feet with a two-story ancillary building that will contain an arrival center, patron housing, presidency apartments, ordinance worker apartments and utility buildings.

There are nearly 23,000 members attending more than 75 congregations in Sierra Leone, according to the church’s newsroom.

There are currently five operating Latter-day Saint temples in Africa:

Three more temples are under construction:

The Freetown Sierra Leone Temple is one of 10 temple locations in Africa that have been announced. The other nine include:

The Praia Cape Verde Temple, which is under construction and located some 500 kilometers off the coast of West Africa, is part of the church’s Europe Area.