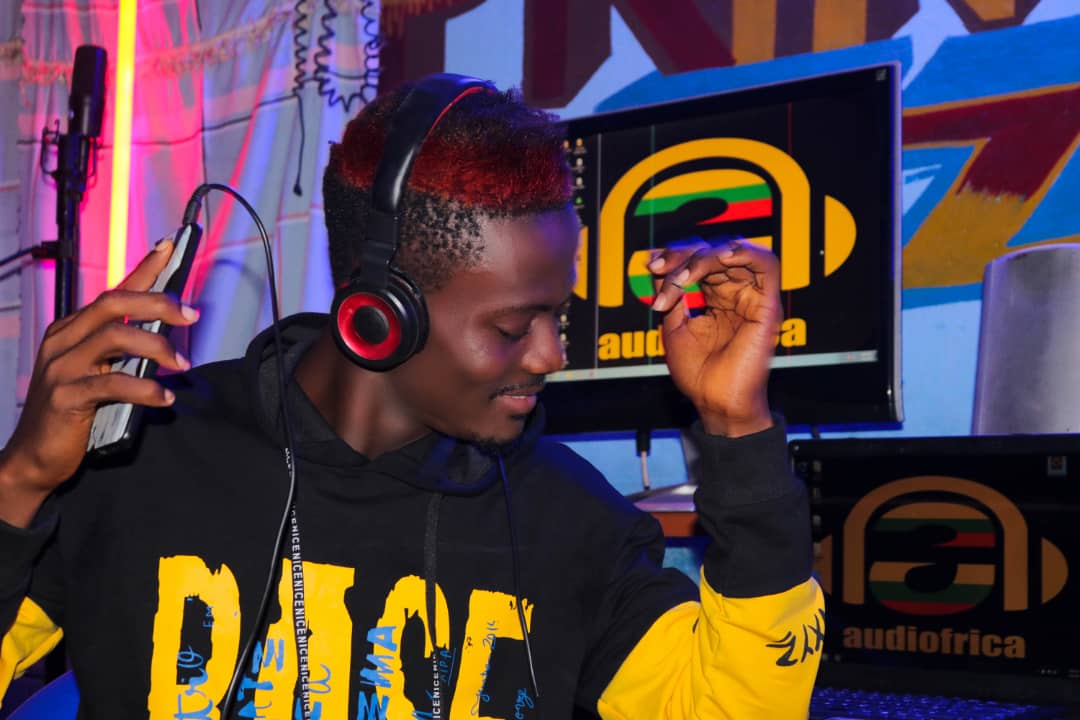 Prince Edward Nabieu is a multi-talented artist, songwriter, Editor of both movies, music videos, motion, and still photos. He got the name Wiz Prince from friends who hail his talents. His father is a retired policeman and his mother is a petty trader. Growing up as a young man who wants to be an artist, he was inspired by King Fisher during the 90s.

Growing up as an artist in his community that is full of violence, He uses music to bury all assaults, violence, and atrocities unstained the mind-sets of youths with his conscious, hard, and tinted Krio words which he uses to preach.

Who inspired you to do music?

‘’Back in the late nineties, I was inspired by the Paradise Family headed by Jimmy B. The artist I loved from the group was King Fisher he inspired me so much. I mimed his songs during our talents expulsion session in my former school.’’

How would describe the music that you sing and who writes them?

‘’I do mostly inspirational songs although the genres are slightly different because I’m mostly playing afro-pop, I also play RnB and bashment. Particularly, I am keener on the message I pass through my music than just singing anyhow. I bring joy to joyless and cheer the cheerless. Finally, %100 of my songs are written by me with few consents from my friends of Legendary Superstars and also Baraja of Mugabe Academy I sometimes share my lyrics with him. Though he’s not an artist he tends to know much about music.’’

Who would you like to collaborate within the Sierra Leone music industry?

What would you be doing right now if not for your talent in music?

‘’To cap what I’m saying, I am multi-talented someone. Practically I’m doing video editing, video director, motion designer, and also a graphic designer. I have worked as a graphic designer for one of the biggest TV stations in this country AYV Television. If not for music I would have been a cinematographer or a videographer.’’

Where have you performed as an artist?

‘’Since I started my career as a professional artist, I have never performed on a big platform. The reason being is that I want to sequentially put my house in order and not rush things as I don’t want to get a flat tire along the way.’’

What’s your favourite song you have ever sing?

‘’As a solo artist, my favorite song is “sorry for me”. The song is actually talking about two partners who come together all in the name of love and later the man started encountering problems with the lady. The man is trying to make it known to the lady that all is not lost let the lady remember where they’ve come from. It’s a very nice song you might want to listen to. ‘’

If you have to change anything in the Sierra Leone Music Industry, what would it be?

‘’To say the least, I have a lot to change. Firstly, I will prioritize love for each other. I will hatreds and setbacks amongst entertainers. I want to an industry where artists share the flyer and link of their fellow artists. I don’t kick against beef, but let it be mainly to make money not to throw an insult at each other or creating unnecessary enmity. I want an industry where an artist does not look down upon up and coming artists. I’ll make all artists live in love and harmony.’’

What would be your message to all Sierra Leoneans?

‘’I will start with my fans, I just want my fans to be on the look. Let them be on the tenterhooks as I will hit the streets very soon. To all Sierra Leoneans, I just want to remind you that you have great talents in this country. It’s high time you stopped streaming foreign songs, stop playing a foreign song, and concentrate on your brothers. We have enough to offer we only need support and appreciation from you people. To artists, let learn to share ideas. Don’t hesitate to ask other people for comments on the song you have written or recorded before releasing it. I just want you to know that even if some edit your song from start to finish the moral and praise will always go out to you.

Now we understand that most artists sing good songs but don’t realize anything from it. With the introduction of Audiofrica, what do you have to say to your fellow artists?

To start with, I’ve worked with audiofrica in a project called “high we exalt thee” during the process I learned a lot about them. I found out that the idea of pay per stream is fairly great. It’s very great and always pray for such an opportunity to work with Audiofrica. My message to my fellow artists that have heard about Audiofrica and have yet to embrace the idea should do so now. Because this is a golden opportunity that needs to be grabbed with both hands. With the little, I know about Audiofrica if we all come together and boost this platform it’ll be great for us and our brother who spent his resources to bring to us such an African ideology. It was surprising to me when I got to know that the owner of Audiofrica is a Sierra Leonean. I want to say thanks to the CEO of audiofrica for such a bold step. So our responsibility as Sierra Leoneans is to make Audiofrica more attractive and go viral to other countries and continents.’’