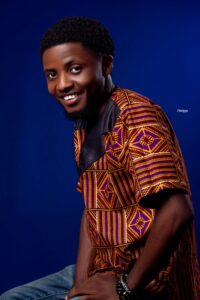 with over 5 years’ experience in the field of journalism, James was a presenter of one of the country’s cultural heritage shows ‘wi yon culture’ on AYV radio 101.7fm; reporter, producer at the Africa Young Voices Media Empire on radio and television from 2018 to 2020, Radio Moa 105.5 fm in Kailahun from 2014 to 2017, and SLBC Kailahun in 2018. 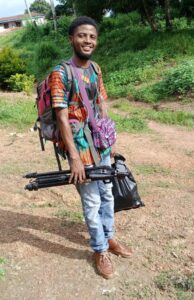 As Sierra Leone Goes To Africa Cup of

From Journalism To Advocacy, Former Sierra Leonean Journalist With 19 Years’ Experience Become Advocate For The Aged: The Story Of Doreen Barrie

As Sierra Leone Goes To Africa Cup of Nations, Kei Kamara Partners With Royal Dynamite To

From Been Sacked To Founder Of A Top-Notch Multimedia Company In Sierra Leone: The Story of Mohamed Basiru Sanusi

From Been Sacked To Founder Of A Top-Notch Multimedia Company In Sierra Leone: The story of