Amb. Paul Elongima Henry Joseph is a 24-year-old Sierra Leonean who rose to fame through his eloquence on the microphone. He is of Mende descent from the ‘Joseph’ lineage in Bo city. He started his early childhood in Bo but later migrated to Freetown due to the massive civil war. In 1998, he spent some moments in Liberia before returning to Freetown in 2010. 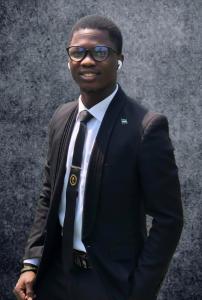 Throughout his primary levels, he attended St. Anthony’s Boys’ Primary School, where he bravely attained his NPSE result and was progressed to Bishop Johnson Memorial School for one academic year before he was transferred to the Prince of Wales Secondary School. Before leaving Bishop Johnson Memorial School for Prince of Wales, he held a barrage of recognitions for the school with merits from his unique skills in debate, quiz, and public speaking. He spent both junior and senior secondary levels at the Prince of Wales Secondary School until he was admitted to Fourah Bay College, University of Sierra Leone.

Amb. Paul was one of the best pupils that got an outstanding result for Prince of Wales School at BECE in 2013. Talking of great pupils during his era at Prince of Wales School, Amb. Joseph is certainly one that carries portfolios with enormous esteem. He served as an appointed School Perfect, Minister of Works for Literary and Debating Society, Business Coordinator for News Journal, and Chief Weep for the Anti-Violence Movement at Prince of Wales Secondary School.

In 2017, he got an admission to Fourah Bay College, pursuing Political Science at the Faculty of Social Science and Law. He is still a third-year student at Fourah Bay College but got a laudable scholarship to study Global Challenges at African Leadership University in Kigali, Rwanda, where he serves as a final year student, awaiting graduation as B.A (Hons) in Global Challenges Holder at ALU in Rwanda. The scholarship was earned through Well Mountains Initiative (WMI) to further his course. He served as Vice President for the ROTARACT club ALU, Kigali, Rwanda. He is expertise with knowledge in different courses of study, including Politics. He holds a certificate in Information Technology, Digital Marketing, and Communication Science. 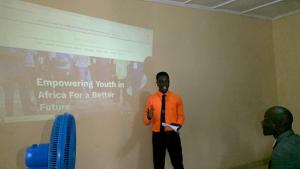 In the area of advocacy and youth involvement, Amb. Joseph is a renowned public figure. He recently established a youth-led and child rights organization called Youth Unite Africa, of which he executes as founder and Chief Executive Officer at the moment. The organization functions its constituted objectives in three developing African nations (Sierra Leone, Rwanda, and Kenya). The organization is currently based in Rwanda while the two nations execute their functions. At age 19, when he was in Kigali, he formed Youth Africa Unite due to the epic ideas discovered from potential youth that failed to actualize their potential in the earliest moment of existence. Since then, Youth Africa Unite has been an umbrella organization that caves, shapes, mold, and nurture the minds of child and young people in Africa. In professionalism, he has worked as Research Special for Conservation Society Sierra Leone and occupied as Youth Ambassador for the Ministry of Youth in Rwanda. 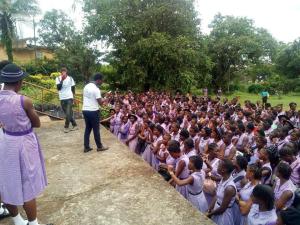 He is a bilingual speaker with skills in Swahili, English, Kinyarwanda and is currently working on boosting his knowledge in Portuguese. He is a lover of political and law books. In his ways of transforming the world, he stated that;

” I believe Africa can make a more extraordinary continent when limited expectations are placed on foreign-based leaders, and more spaces are catered for competent young people to participate in governance.”

Thank you so much for reading this story, we really do appreciate. We hope you loved it, together with you, we want to build a community of young people that speak for themselves, please share this with your friends via the share buttons below. if you can, we will appreciate if you can support us by donating us advertising with us, we currently have over 100,000 website visitors monthly

Professor Allyson A. Sesay Appointed Vice-Chancellor And Principal Of The Canadian University Of Modern Technology.