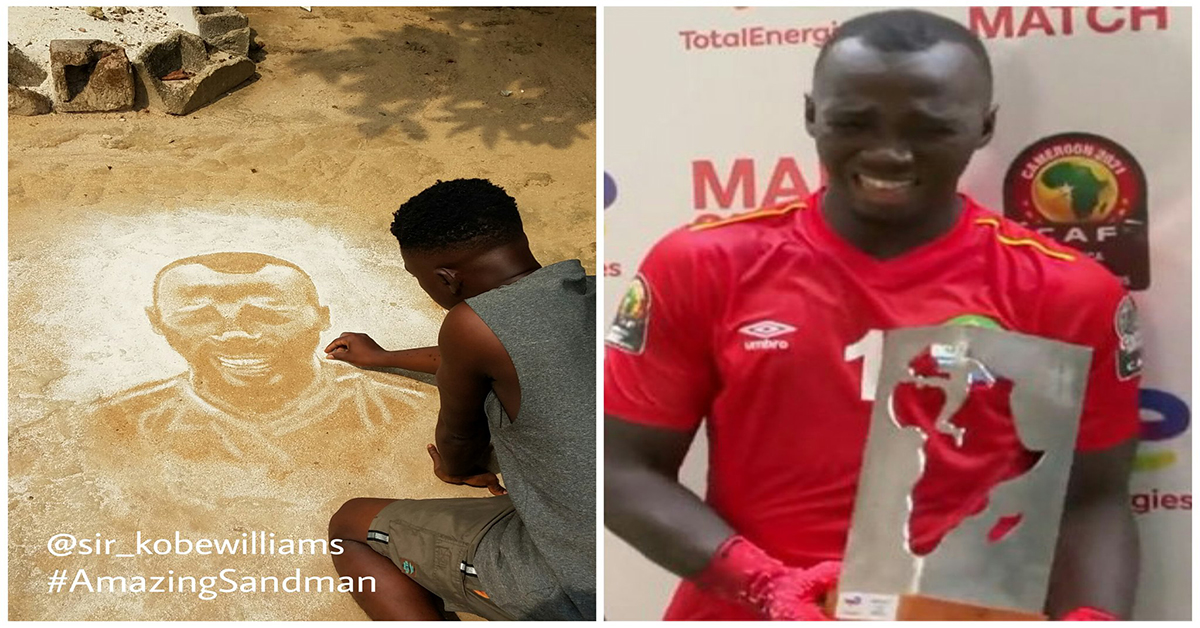 A Cameroonian Sand Artist identified as Sir Kobe Williams has Caused a bit of Reactions online after creatively Making a Sand portrait of Mohamed Kamara, the Sierra Leonean goal keeper who was awarded man of the match after saving seven goals against Algeria on Tuesday.

Mohamed Kamara, the sierra Leone goal keeper has since been celebrated by sport lovers and people from across the world for his incredible performance attracting hundreds of bloggers online

A lot of people have been Making positive remarks about the player on different Social Media Platform.

The Cameroonian Artist made a sand Portrait of the Mohamed Kamara and posting it on his twitter handle, he wrote

“”I cried when i was given the award because it feels like a dream…” #Mohamed_Kamara NEVER STOP DREAMING. thanks for inspiring the whole africa And bringing these emotions to our football. #Sieraleon #algeria #africa #AFCON2021 #AFCON

The Artist Posted the Image on his Twitter  Handle and it attracted positive remarks and appreciation from Fans and Followers on the Social Media Platform.