Sierra Leone’s media magnate, highly renowned philanthropist, and Youth Brand Ambassador, Anthony Navo Jr is a distinguished recipient of this year’s African Achievers Awards as “African Media Entrepreneur of the Year”, for his unprecedented and unparalleled contribution to the development of the media landscape in the West African country.

As Founder and President of the African Young Voices Media Empire- with five (5) stand- alone media outlets including TV, Radio, Newspaper, Film, in addition to managing a global partnership with the British Broadcasting Corporation (BBC)- Amb. Anthony Navo Jr has impressively led the institution to becoming the most powerful tool for information dissemination in the country and amongst the best in the subregion. And true to his vision, the African Young Voices Media Empire has also provided a platform for countless young and aspiring media practitioners to nurture their careers and achieve excellence over the years. African Young Voices International is the Global outfit of the company, with headquarters and studio based in London, United Kingdom. Also, recently, the African Young Voices Television extended its tentacles by joining the DSTV family on channel 399. AYV films has recently developed short videos and movies as part of its public education drive to bring awareness, influence policy, and gather support in the elimination of abuses like early childhood marriage, gender-based violence and rape against women, especially girls in Sierra Leone; something Ambassador Anthony Navo Jr is extremely passionate about.

Before his multimillion U.S dollar investment into the media landscape of Sierra Leone and beyond, Amb. Navo had gained a towering reputation as a stellar and successful entrepreneur in Sierra Leone. He is the Proprietor of Navo’s Group of companies- a conglomerate of electronic businesses, foreign exchange bureau and importation of milk.

Ambassador Anthony Navo Jr is also a renowned and highly successful Sports Executive, being the current Chairman of the country’s biggest and most successful National Premier League Football Club, East End Lions Football Club- founded in 1928 and based in the country’s capital, Freetown. His sterling leadership of the reigning National Premier League Champions has helped countless number of young footballers to achieve their dreams as professionals.

As a widely respected philanthropist, Amb. Navo’s work cuts across the nook and cranny of the country, where he is widely regarded for the empowerment of young people from various backgrounds and professions. He is the Co-founder of an International Charity (AWOL- All Works of Life) with educational objectives that necessitates developing society via a number of initiatives including accessible healthcare, education, sustainable development, and Internationally co-ordinated programmes geared towards poverty alleviation. Few months ago, the International Charity just completed a state-of-the-art primary school for the Gondama Community, Tikonko Chiefdom, Bo District in Sierra Leone.
Amb. Navo is also an uncompromising social justice advocate.

He is happily married to Mrs. Haja Navo- a lawyer based in the United Kingdom; and the couple are blessed with two adoring sons.

The previous winner of the African Media Entrepreneur of the Year was Madam Mo Abudu, CEO Ebony Life Television in Nigeria.

This year’s awards ceremony will be preceded by an International Summit hosted by the Cambridge University Intellectual Forum on the 9th December, 2021, on the topic; “Mobilizing Diaspora Investments for Sustainable Development in Africa”; and Ambassador Anthony Navo Jr will be one of the speakers at the Summit. 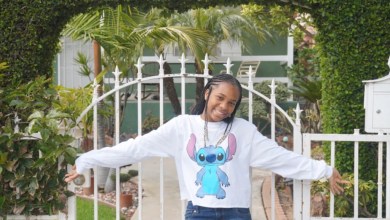