Sierra Leonean UK-based model, actress, presenter, vlogger, and singer, Nasai Forna has released her first single titled ‘All Night’. ‘All Night’ is a song that blends with Afro-beats with great lyrics appeasing the ears. The song is basically about a woman’s urge to have her man ‘All Night’ in a romantic affair.

After successfully releasing her first single, the multi-talented and versatile singer made her first television appearance on national TV in Sierra Leone. Her single ‘All Night’ was premiered last night on the country’s most-watched television station, African Young Voices Television (AYV TV).

Nasai Forna is a finalist in the 2008 Top Model of Colour competition. Nasai Forna took part in the 2016 Miss Forna, who is currently taking part in the Mr. and Mrs. Sierra Leone joint beauty pageant.

Nasai is hoping to collaborate with home-based musicians in the future and is also passionate to release more hit singles for the public. As one of the multi-talented Sierra Leonean acts out there, Nasai Forna has shown us it’s possible to do anything and it’s possible to multitask hence you put in the hard work and passion. 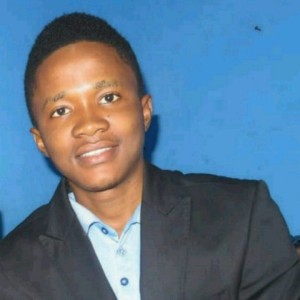 Struggling to get money to pay his fees at the Fourah Bay College, self-taught Sierra Leonean

The Sierra Leonean player is drawing the attention of many top clubs in Spain and Germany.

From A Village Boy In Ganya To Be Listed Among 1,000 Inspiring Black Scientists In America: The Journey Of Dr. Alhaji N’jai

Sierra Leone’s Dr. Alhaji N’jai has been named in this year’s 1,000 Inspiring Black Scientists in

In a bid to save our world from the effects of global warming, this Sierra Leonean