Marian Pleasant Kargbo is the CEO and Founder of the Pleasant Children’s Foundation.  She is in her late 20’s, born on the 16th June by a Sierra Leonean father and a Nigerian mother.  Like many children, Marian did not grow up with her biological parents. She grew up with family members; thus prompting her not to start her education at an early age and exposed her to lots of difficulties and challenges. She walked about two miles every day to and from school. With the experience of going to school without lunch, Marian resorted to petty trading in order to pay her fees and to secure some of the money for lunch. She felt the need that other children should not go through such a horrible experience which led her to create the Pleasant Children’s Foundation.

She attended the UMC Primary School, Bright Street, Brookfields. Later, she moved to St. Joseph Secondary School where she attained her junior secondary and senior secondary education. Marian currently holds a Bachelor of Arts Degree in History and Political Science from Fourah Bay College. She is presently a law student at the same university.

During her BA education at the university, she was the Class Rep in Year Three. She also gained membership in the Sierra Leone Debating Council.  Marian is the substantive Minister of Education in the Fourah Bay College Students’ Union Government, whereupon she is responsible for interface with the students and the administration, lecturers and also channel complains and concerns to the Administration.

Tell us a little about your organization

“Pleasant Children’s Foundation is a national non-governmental organization that promotes education without discrimination to orphans and less privileged kids in the Western Area Rural District. We also work with teenage mothers by giving them the second opportunity to go back to school. We believe strongly that they should not be discriminated against in the process of recuperating them to school. We also empower youths, boys, and girls in the aforesaid district.”

What prompted you to set up such an organization?

“It was due to my love for humanity and as to how I will impact my generation. Firstly, I am that person that was raised from a very humble background. So I remember when I came to Rokel Village, I looked at the way how the community was structured. They had lots of kids who, instead of them going to school, they were selling, engaging in fishing and sand mining. In order to ameliorate the situation, I gave scholarships to ten kids in 2015. Immediately after that academic year, a lot of parents, including kids came to ask for help. It was a tough demand, being that I was a student thereof. So, it was so tedious that I didn’t know what to do. In the second year of the Pleasant Children’s Foundation, I had to use my college fees to give out scholarships to fifty children. The following year, the number of kids and children who came requesting for same increased to over one hundred. This was the driving force behind “each one educates one campaign”. In that campaign, I gave out flyers and targeted individuals, asking them to help send kids to school. At the end of the successful campaign, we were able to send one hundred kids to school. The following year, what we did was to also intensify the campaign to private institutions and we were able to send two hundred and fifty kids to school. We have maintained that number for the past years.

In 2019, we incorporated teenage mothers: twenty six of them were registered and we gave them another opportunity to go back to school”.

You are the current minister of education, FBC-USL-USG how would you describe the office and what have you been doing since elected?

“It is the highest position I have ever held in serving the Students’ Populace, especially when Fourah Bay College has been without a Students’ Union Government for the past nine years. Even though challenging, it is worthy to bridge the gap that has been existing between the students and the administration. As the Minister of Education, I see myself interfacing with the administration, advocating for students, and representing them. Even in the course of this COVID-19 pandemic, we have been able to organize an online writing competition through the Ministry of Education, where we engaged our students and gave out cash prizes to encourage them during this period as most of them are at home doing nothing. Also as a ministry, together with the students’ Union President, we raised up a lot of issues affecting students. We, for instance, generated debate around the curriculum system, which means there is an ongoing review process on the same. For the past months, I have been advocating for students. I remember during the time of our examinations, students were being sent out; I had to leave my exams to address their concerns. It is all not rosy but the will to change the narrative is eminent”.

Are you the only female in the executive? How is it like working in a male dominated office?

‘’For our cabinet, it is not a male-dominated cabinet. I can proudly say it is a matter of fifty-fifty or even sixty-forty because we have more women in the cabinet. For my own ministry, I am the minister and my deputy is a male and we have been doing exceptionally well. It is not really easy, but for us here it is not male-dominated although by virtue of my position I work most times with men and they have been very supportive. Though the discrimination is always there we have been co-existing very well and I have a President who is so very supportive; always welcoming my ideas and whenever he wants to do something with regards to my ministry, he informs me and asks for my view. We agree to disagree and he is always open-hearted to receive my suggestions. I will say, we are changing that norm especially for our own cabinet.’’

How do you balance between your education charity and activism?

“It has not been easy, to say the least, but I think what has helped me this far is that I have always tried to set my priorities right. You know, being a law student and running a charity where you will have to find money to provide for these kids that you are taking care of, can be challenging. You being an activist championing issues on a whole can never be easy. But God has been strengthening me and I have people around that have been a source of inspiration and they are always appreciative of my work. Although there are moments you will really feel burned out because that is natural. Imagine having to fundraise, study, and attend all invitations from radio or TV stations. For me, the passion for what I am doing is what has kept me going over the years. I know I am to make a change and serve my country diligently”.

With the challenges students face at the university, how do you channel their concerns to the appropriate authority, and do the authority take necessary action?

“Channeling those challenges to the appropriate authorities is not always easy. There is always a need to balance my acts with fellow students and with the administration. I can remember before temporally closing down of colleges for the three-day lockdown, there was this decision of students taking all their exams before the 30th. I was in that very meeting interrogating and advocating for students, saying I don’t think it was the fault of the students for colleges to lockdown prematurely. Thus, they should not pressure students to sit on exams they were not prepared for. One of my lectures got up and told me not to be adamant or just be talking baselessly, and that we should allow them to go ahead with the examinations. Also, there was a time when students were being asked out of the exam hall because of nonpayment of fees. In that bid, we organized a meeting and called on the administration and pleaded on the students’ behalves, one of the lecturers again stood up and told me to be responsible while speaking. He said pleading for the students does not seem responsible. He said we are the ones encouraging students not to pay fees. Though initially, it wasn’t easy, especially for the administration to recognize us as a legal body that represents students. But at the end of the day, we were able to pull through and our challenges are given attention and amended amicably”.

What has been your inspiration to come this far?

“My inspiration this far has been the passion that I have to see this place become a better place. One of the things that drive my passion is to see Sierra Leone where every child will have access to education without being discriminated against. I want to see these dreams.’’

Where do you wish to see yourself in the next five years?

What has been your greatest in the organization since established?

‘’I started off with ten kids in my organization, later fifty, one hundred and we are close to three hundred kids…that is my greatest success. Also for the past five years, I have been consistent, and every year there will be an addition in the scholarship more than the previous one. The greatest surprise came back last year when the organization was able to send back twenty-six teenage mothers to school. It was not easy as most of the schools in this end are privatized and they are very costly but God made it so easy for us. I once visited these teenage mothers in their respective schools and the feeling of seeing them in their uniforms was very great.’’

What message would you like to send to those who care to know in-depth about your organization?

‘’I want everyone to come on board and support our course because as of now we don’t have anyone funding us. We are just a group of young people putting our resources together, advocating and lobbying. So we are calling on all people to support our “each one educates one campaign” every year to send at least a less privileged kid to school. We also want to open an orphanage home where our kids will be together learning skills and other vocational skills.’’ 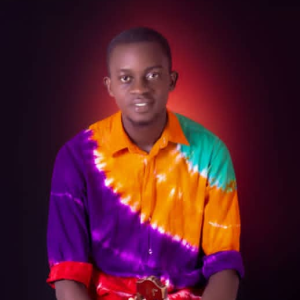 I Didn’t Come With Nothing, But Faith In God And A Mind-Set To Actualise My Dream” Former Housemate Mohamed Alie Jalloh Aka Maka Dunka Shares Shares his story to inspire young people

”If I become president” Episode six